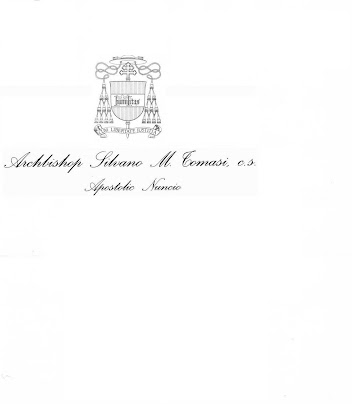 With regard to the right of everyone to the enjoyment of the highest attainable standard of physical and mental health, my delegation wishes to raise additional concerns regarding the need for effective action in order to guarantee Universal Access to medicines and diagnostic tools for all persons. The Special Rapporteur focused on this issue during his Report to the Eleventh Session of this distinguished Council[1]. However, continued vigilance must be maintained in this regard.

As the members of this Council already are well aware, the right to health is universally recognized as a fundamental right. Article 25 of the Universal Declaration on Human Rights (UDHR) includes the right to health and medical care within the more general rubric of the right “to enjoy an adequate standard of living.”[2] Article 12.1 of the International Covenant on Economic, Social, and Cultural Rights (ICESCR), however, directly recognizes the right to enjoy the best physical and mental condition.[3].

The Committee on Economic and Cultural Rights, in its General Comment No. 14[4], moreover, identified the following minimum requirements for States to ensure: (1) the right of access to health care in a non-discriminatory way, (2) access to basic nutritional level, (3) access to housing, basic sanitation and a sufficient supply of drinking water, (4) the supply of essential drugs, (5) an equitable distribution of benefits and health services, and (6) adoption of national strategies to prevent and combat epidemics.

Mr. President, the Catholic Church provides a major contribution to health care in all parts of the world – through local churches, religious institutions and private initiatives, which act on their own responsibility and in the respect of the law of each country – including the promotion of 5,378 hospitals, 18,088 dispensaries and clinics, 521 leprosaria, and 15,448 homes for the aged, the chronically ill, or disabled people. With information coming from these on-the-ground realities in some of the most poor, isolated, and marginalized communities, my delegation is obliged to report that the rights detailed in the international instruments already mentioned are far from being realized.

One major impediment to the realization of these rights is the lack of access to affordable medicines and diagnostic tools that can be administered and utilized in low-income, low-technology settings. Among the disturbing trends and findings reported by the Special Rapporteur are the following: “Diseases of poverty” still account for 50 per cent of the burden of disease in developing countries, nearly ten times higher than in developed countries[5]; more than 100 million people fall into poverty annually because they have to pay for health care[6]; in developing countries, patients themselves pay for 50 to 90 per cent of essential medicines[7]; nearly 2 billion people lack access to essential medicines [8].

One group particularly deprived of access to medicines is that of children. Many essential medicines have not been developed in appropriate formulations or dosages specific to pediatric use. Thus families and health care workers often are forced to engage in a “guessing game” on how best to divide adult-size pills for use with children. This situation can result in the tragic loss of life or continued chronic illness among such needy children. For example, of the 2.1 million children estimated to be living with HIV infection[9], only 38% were received life-saving anti-retroviral medications at the end of 2008[10]. This treatment gap is partially due to the lack of “child friendly” medications to treat the HIV infection.

Thus the Committee on the Rights of the Child has declared: “The obligations of States parties under the Convention extend to ensuring that children have sustained and equal access to comprehensive treatment and care, including necessary HIV-related drugs … on a basis of non-discrimination.[11]”

My delegation is well aware of the complexities inherent in the intellectual property aspects related to the issue of access to medicines. These considerations, including the flexibilities available to applying the Agreement on Trade-Related Aspects of Intellectual Property Rights, are well documented in the 2009 Report of the Special Rapporteur. We further recognize that serious efforts already have been undertaken to implement the Global Strategy and Plan of Action on Public Health, Innovation and Intellectual Property, established in 2008 by the 61stWorld Health Assembly. However, the intense debates recently pursued at the 63rd World Health Assembly demonstrate that the international community has not yet succeeded in its aim to provide equitable access to medicines and indicate the need for further creative reflection and action in this regard.

Mr. President, my delegation urges this Council to renew its commitment as a key stakeholder in efforts to assert and safeguard the right to health by guaranteeing equitable access to essential medicines. We do so with a firm conviction that “… treatment should be extended to every human being” and as an essential element of “the search for the greatest possible human development… and with a strong belief that “[t]his ethical perspective [is] based on the dignity of the human person and on the fundamental rights and duties connected with it …”[12]

[1] Report of the Special Rapporteur on the right of everyone to the enjoyment of the highest attainable standard of physical and mental health to the Eleventh Session of the Human Rights Council, Eleventh Session, A/HRC/11/12, 31 March 2009

Three weeks ago the Pontifical Council for Interreligious Dialogue and the permanent Committee of al-Azhar University for Dialogue among the Monotheistic Religions held the annual meeting of their Joint Committee for Dialogue in Cairo (23-24 February). In their joint declaration the participants recommended paying “greater attention to the fact that the manipulation of religion for political or other ends can be a source of violence”, and avoiding “discrimination on the basis of religious identity”.

Mr. President, in a number of countries freedom of religion is not yet fully guaranteed. Recent surveys indicate that nearly 70 percent of the world’s 6.8 billion people live in countries with high restrictions on religion, the brunt of which often falls on religious minorities. The latter’s rights are seriously violated, their freedom of worship hampered. In some regions followers of minority religions, that are not recognized by law, have to confess their faith in hiding and illegally, in fear of prison terms and persecution. In other places, while the right to freedom of religion is legally recognized, religious minorities are harassed and persecuted by members of the majority religion. Their properties are damaged, their houses of worship are destroyed, their lives severely threatened. These criminal acts are often committed in total impunity. Authorities stand idly by or are partisans in the conflict. Victims are forced to desist from reporting the injustice done to them for fear of further negative repercussions. Perpetrators harassing religious minorities feel encouraged by the silent collusion of State authorities and by a judicial system that is ineffective or partial. The limitation clauses in international instruments should not be used in a disproportionate manner to strike at the rights of religious and ethnic minorities and political opponents but only to protect and promote the human rights of all.

The Holy See calls therefore upon States to respect and promote the right to freedom of religion in all its aspects, through national legislation, including appropriate sanctions against violators to eradicate impunity effectively.

Mr. President, victims of discrimination and violent attacks have a right to obtain redress and compensation for the harm done to them by public or private agents. The State has the responsibility of protecting the fundamental human rights of all people in its territory. In order to obtain just redress, standard and objective methods should be laid down in national legislation for working out retribution and relief measures. As long as the State is not able or willing to provide effective legal protection for all its citizens, the continuous persecution of ethnic and religious minority communities will continue to afflict the world and to weaken the human rights of everyone.

Mr. President, in his address to the members of the Diplomatic Corps last January, His Holiness Pope Benedict XVI underlined that “sadly, in certain countries, (…) one increasingly encounters in political and cultural circles, as well as in the media, scarce respect and at times hostility, if not scorn, directed towards religion (…). It is clear that if relativism is considered an essential element of democracy, one risks viewing secularity solely in the sense of excluding or, more precisely, denying the social importance of religion. But such an approach creates confrontation and division, disturbs peace, harms human ecology and, by rejecting in principle approaches other than its own, finishes in a dead end. There is thus an urgent need to delineate a positive and open secularity which, grounded in the just autonomy of the temporal order and the spiritual order, can foster healthy cooperation and a spirit of shared responsibility.”

Mr. President, the way forward rests on an effective implementation of all human rights by recognizing and respecting the dignity of each human being, without distinction of ethnicity or religion; on rejection of all forms of discrimination on the ground of race, colour, sex or religion; on fair treatment in the courts; on an educational system that teaches peaceful coexistence built on mutual respect, solidarity and cooperation as means that promote a healthy social pluralism and a prosperous life for all members of our one human family.